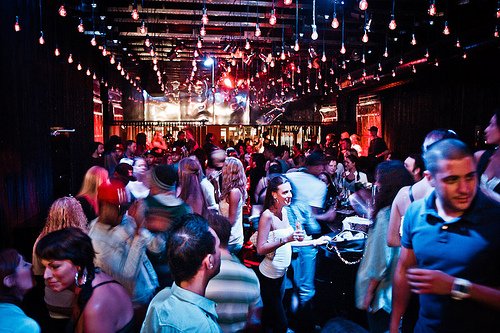 First off, calm down, this is not a Facebook-hating post. The following is an observation of an interaction that takes places on a platform that just happens to be called Facebook, and its resulting effect. But first, let’s lay the groundwork, which requires an understanding of comparison.

Comparison at its core is the context we use to perceive everyday life. At a basic level it’s “an examination of two or more items to establish similarities or dissimilarities.” We use this lens to interpret our experiences, if it’s sunny outside we appreciate this thanks to our understanding that it could be raining. The comparison provides context in our lives, often unconsciously.

We use comparison everyday: when we choose what to eat for breakfast (cereal instead of eggs), what we wear to work (the striped shirt vs. the solid color), when we go to the store (what’s on the shelf vs. the price on Amazon), and a thousand other countless situations. Most of the time comparison helps us make the best choice by helping rule out non-ideal options. Like PCs. We all remember how Apple made an entire advertising campaign out the “Mac vs. PC” comparison which sold a lot of Macs by convincing people that their PCs were (by comparison) lame.

However, comparison can also make us feel awful. Everyday we’re reminded of the things we do not have. These can be material objects (cars, houses, etc) or immaterial things (careers, relationships, etc). It’s different for everyone, but as you’re reading this, you know exactly what I’m talking about. Theodore Roosevelt once said “comparison is the thief of joy,” a timeless observation.

In her book The Happiness Project, Gretechen Rubin elaborates on comparison:

Research shows that people who live in a neighborhood with richer people tend to be less happy than those in a neighborhood where their neighbors make about as much money as they do. A study of workers in various industries showed that their job satisfaction was less tied to their salaries than to how their salaries compared to their coworkers’ salaries. In one study, a majority of people chose to earn $50,000 where others earned $25,000, rather than earn $100,000 where others earned $250,000, even though the latter provided them with a higher salary.

There was once a time when you didn’t immediately know what your college roommate was doing. If you wanted to feel bad about yourself (in comparison to your ex-roommate’s life) this would require calling them up and masochistically asking. But now, just log onto Facebook and you’ll be inundated with how far behind you’ve fallen in comparison to your friends, who are happily:

(C) Vacationing in the Bahamas.

Spending an hour on Facebook can easily send you into a downward spiral of self-loathing depression. Are your friends doing amazing things? Do they commonly overuse the word “amazing” to describe what they’re doing? Whether it be the restaurant or club they’re at, or the triathlon they finished, rest assured it’s “amazing.” A recent blog post from Tina Haupert brings this point home:

“ …social media has created a whole new world of media messaging that is more subtle, but equally as potent. On Facebook and blogs people can project their lives in any way they want. Most people post pictures of the fun, exciting, glamorous things they do and leave out the boring, mundane or messy parts of life. How often do you see someone posting about their Friday night alone doing laundry or the workout they skipped to sit on the couch and eat chips?”

Robin’s description of messaging being “more subtle, but equally potent” is a great way to describe it. Do you ever log off Facebook and just feel bummed? People project the lives that they want to have, the lives they want other people to think they have, and they do this for various reasons; but what they fail to take into account how their projections will affect those who read it.

We’re all just trying to keep up with each others’ projections–regardless of their anchoring in reality. Let’s all mind the gap.