Tapped Out On Marketing Ideas? 4 Approaches To Help Spark Your Creativity 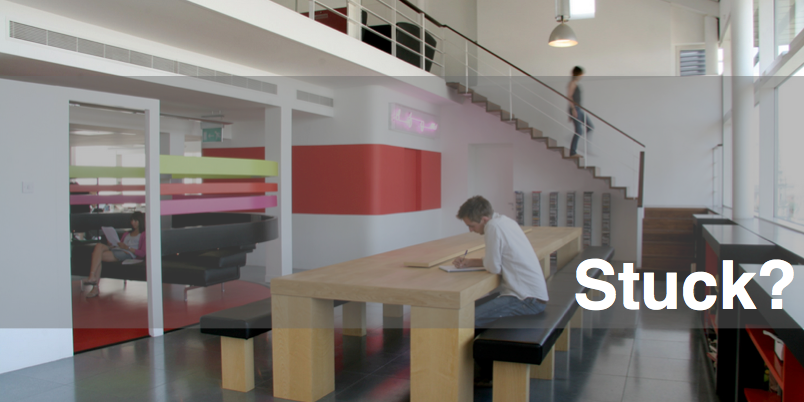 Sometimes the ideas just pour out, and sometimes they don’t. When you’re coming up empty, it’s helpful to have some inspiration. I dare you to read through these four approaches to persuation and not have a new marketing idea by the end of the post.

Cialdini’s Six Principles of Influence: The Psychology of Persuasion

Since the publication of Influence: The Psychology of Persuasion in 1984, Robert Cialdini’s six principles of persuasion have become an integral part of the marketing world’s vernacular.

As humans, we generally aim to return favors, pay back debts, and treat others as they treat us. According to the idea of reciprocity, this can lead us to feel obliged to offer concessions or discounts to others if they have offered them to us. This is because we’re uncomfortable with feeling indebted to them. For example, if a colleague helps you when you’re busy with a project, you might feel obliged to support her ideas for improving team processes. You might decide to buy more from a supplier if they have offered you an aggressive discount. Or, you might give money to a charity fundraiser who has given you a flower in the street.

Cialdini says that we have a deep desire to be consistent. For this reason, once we’ve committed to something, we’re then more inclined to go through with it. For instance, you’d probably be more likely to support a colleague’s project proposal if you had shown interest when he first talked to you about his ideas.

This principle relies on people’s sense of “safety in numbers.” For example, we’re more likely to work late if others in our team are doing the same, put a tip in a jar if it already contains money, or eat in a restaurant if it’s busy. Here, we’re assuming that if lots of other people are doing something, then it must be OK. We’re particularly susceptible to this principle when we’re feeling uncertain, and we’re even more likely to be influenced if the people we see seem to be similar to us. That’s why commercials often use moms, not celebrities, to advertise household products.

Cialdini says that we’re more likely to be influenced by people we like. Likability comes in many forms – people might be similar or familiar to us, they might give us compliments, or we may just simply trust them. Companies that use sales agents from within the community employ this principle with huge success. People are more likely to buy from people like themselves, from friends, and from people they know and respect.

We feel a sense of duty or obligation to people in positions of authority. This is why advertisers of pharmaceutical products employ doctors to front their campaigns, and why most of us will do most things that our manager requests. Job titles, uniforms, and even accessories like cars or gadgets can lend an air of authority, and can persuade us to accept what these people say.

This principle says that things are more attractive when their availability is limited, or when we stand to lose the opportunity to acquire them on favorable terms. For instance, we might buy something immediately if we’re told that it’s the last one, or that a special offer will soon expire.

The consequences model is familiar to students of economics. It assumes that when we have to make a decision to make we weigh the costs and benefits of our options and make the choice that maximizes our satisfaction. It’s a rational, analytical approach.

In the identity model of decision making, we essentially ask ourselves three questions when we have a decision to make: Who am I? What kind of situation is this? What would someone like me do in this situation? Notice what’s missing in this situation: any calculation of costs and benefits. The identity model explains the way most people vote, which contracts our notion of the “self-interest voter.” It helps to shed light on why an auto mechanic in Oklahoma would vote against a Democrat who’d give him health insurance, and why a Silicon Valley millionaire would vote against a Republican who’d cut their taxes.

From Contagious: Why Things Catch On

Wharton professor Jonah Berger explains why people talk about and share certain things rather than others?

We share things that make us look good. Know about a secret bar? What about bodega shoe store? Did you know ants can lift fifty times their own weight?

Top of Mind = Tip of Tongue. Could where you vote affect how you vote? A NASA mission to Mars increased sales of Mars bars.

Built to show, built to grow. Making the private public. Originally Apple and Dell put their logos upside down on top of their laptops (mistake). Why Movember made the private battle of prostate cancer public. Why anti-drug commercials and DARE may have increased drug use (because de-stigmatized because it made it seem like everyone was doing, it’s super common, so common we need to create commercials for “Just Say No”).

News you can use. Why the 86 year old farmer telling people about shucking corn after putting it the microwave became a viral video.

Information travels under the guise of idle chatter. Stories are like trojan horses. Why good customer service is better than any ad.

From Switch: The Elephant and The Rider

Conventional wisdom in psychology is that the brain has two independent systems at work at all times. First, there’s what we called the emotional side. It’s the part of you that is instinctive, that feels pain and pleasure. Second, there’s the rational side, also known as the reflective or conscious system. It’s the part of you that deliberates and analyzes and looks into the future.

University of Virginia psychologist Jonathan Haidt says that our emotional side is an elephant and rational side is its rider. Perched atop the elephant, the rider holds the reins and seems to be the leader. But the rider’s control is precarious because the rider is so small relative to the elephant. Anytime the six-ton elephant and the rider disagree about which direction to go, the rider is going to lose. He’s completely overmatched. If you want to change things, you need to appeal to both. The rider provides the planning and direction, and the elephant provides the energy.

Emotion is the elephant’s turf–love, compassion and sympathy and loyalty. The elephant looks for immediate gratification and is quick to make decisions. When change efforts fail, its usually the elephant’s fault.

Rational analysis is the rider’s jam. The elephant’s hunger for immediate gratification is the opposite of the rider’s strength, which is the ability to think long-term, to plan, to think beyond the moment. However, the rider tends to overanalyze and overthink things resulting in spinning his wheels.

Ways To Direct The Rider

#1. Follow The Bright Spots — Investigate what’s working and clone it.

#3. Point To The Destination — Change is easier when you know where you’re going and why it’s worth it.

Ways To Motivate The Elephant

#1. Find the Feeling — Knowing something isn’t enough to cause change. Make people feel something. (Piling gloves on the table, chemotherapy video game, demos at Target)

#2. Shrink The Change — Break down the change until it no longer spooks the elephant. (The 5-Minute Room Rescue)

#3. Grow Your Profile — Cultivate a sense of identity and instill the growth mindset.

Ways To Shape The Path

#1. Tweak The Environment — When the situation changes, the behavior changes. So change the situation. (Throwing out the automated phone system at Rackspace, 1-Click Ordering on Amazon)

There it is. If you don’t have a good idea by now, you should just take a nap.