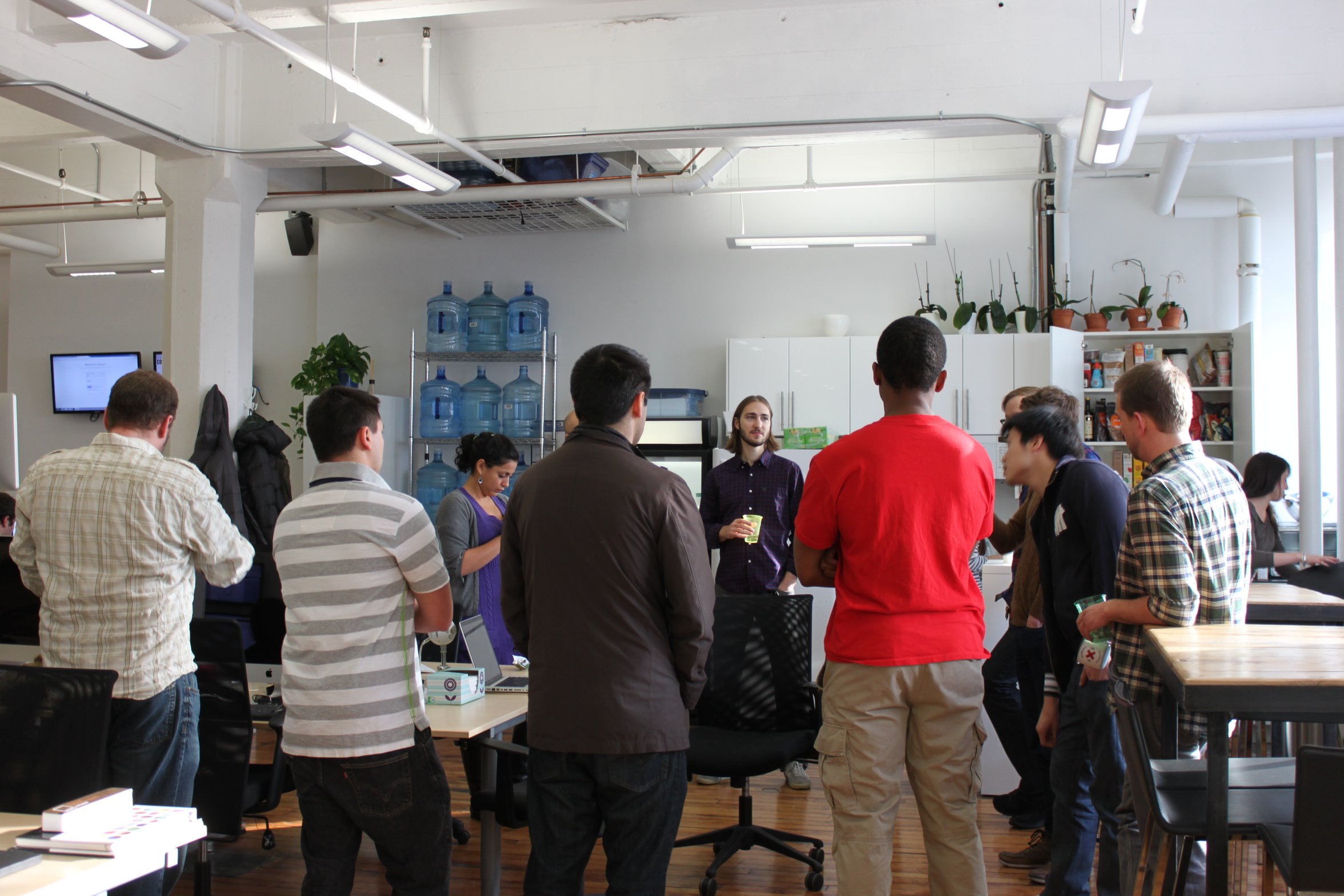 Marketing agencies use production meetings to balance the flow of client work against the available capacity on their production team to fulfill the work. Over the last two years I’ve been lucky enough to participate in an evolving production meeting structure experiment at a growing agency.

Here’s the story of trying out five different production meeting formats in order to cope with growing a team from 10 people to 23. What worked, what didn’t, and what’s still up in the air. 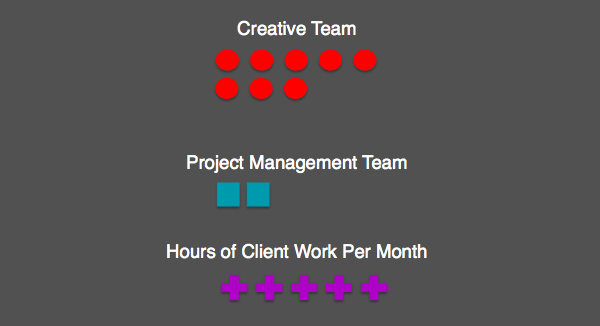 One Meeting Per Week 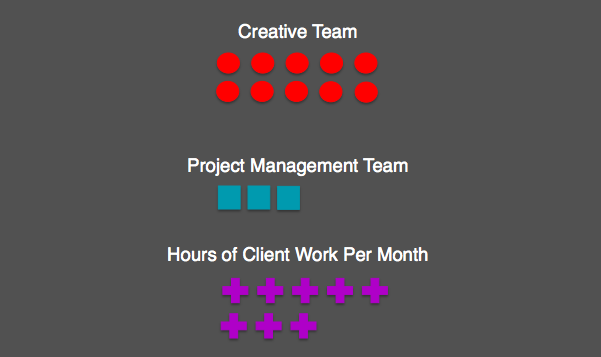 While having no meetings was basically a non-stop party, we realized the project management team was not doing a good job forecasting the future demands on the production team. Additionally, the project management team and the sales team were not talking about big projects that were coming down the pike. This lack of visibility caused scheduling conflicts, sometimes left the production team with no work, and sometimes jeopardized delivering client work on time. Therefore we resolved to have one meeting per week (project managers only), on Monday mornings, to look at what was already in the production team’s pipeline and what new projects (from sales) would soon be joining them. 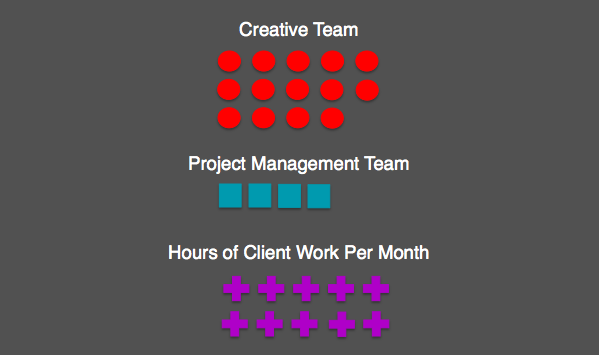 At this point our team and client work had grown significantly. We liked how the weekly meeting was going, however we realized that what looked like a reasonable production schedule on Monday changed quickly by midweek. It’s just the nature of agencies, or any business really. Some projects just don’t wrap up on schedule, what was supposed to be finished by Tuesday pushed into Wednesday, and then Wednesday’s tasks get pushed to Thursday and so on. Sometimes (read: all the time) a client who wasn’t even on the schedule that week calls with an emergency project that needs to be done within 24 hours, and that pushes other projects further down the line. It happens. The project management team needed to meet more often to adapt and adjust the schedule as needed.

AM Meeting Then Individual One-On-One Meetings 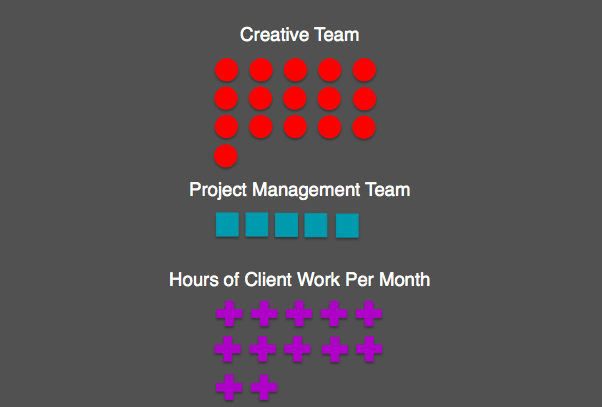 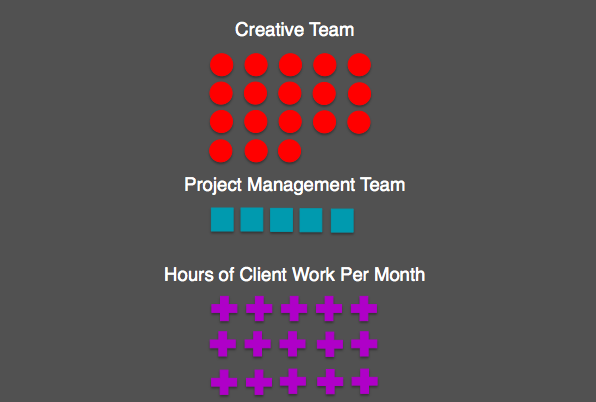 As our team continued to grow, the time being invested around the two daily morning meetings (both the project manager’s meeting and the following production team meeting) became concerning. At this point we were around a 23 person agency altogether, so if we tied up our team for even 15 minutes on daily basis for a meeting it’s the equivalent of wasting 5.75/hours of billable time per day (172.5 hours/month!).

Given the apparent waste of hours, we took a bold step and killed both meetings entirely. No more daily project management meetings and no more daily meetings with the production team. We instead resolved to lean more on our project management system Basecamp. Each day the project managers were instructed to update their projects and the production team members assigned to them on Basecamp. Each project manager assigns a priority to their project as a 1 (must be done today), a 2 (could be pushed to tomorrow, but due very soon), and a 3 (not a priority at all, but needs to be done eventually). Each project manager also attaches the allotted time for the task to each task on the list.

Then, one project manager is assigned full responsibility for the overall production schedule and sorting through all 1’s, 2’s, and 3’s every day, moving tasks around based on priority and hours allocated to the task. Here’s an example of how it might look:

So do we finally have it all figured out? Is the last format mentioned here the winner? No, of course not. A growing team and growing client workload calls for continually re-assessing how your agency works.

After trying out all these different production meeting formats, I’ve learned several things:

The best thing I’ve learned is to never stop evaluating and improving. What worked a year ago, no longer works today. Don’t settle for old legacy process, don’t get caught up in “the way we’ve always done things.” What’s important is to always re-assess, to always strive to improve. What makes an agency sustainable over the years is their ability to continually work on themselves by always dedicating time to improving and not getting so caught up in client work that they put their agency’s issues or goals on the back burner.