4 Professions That Are Better At Planning Than Marketers 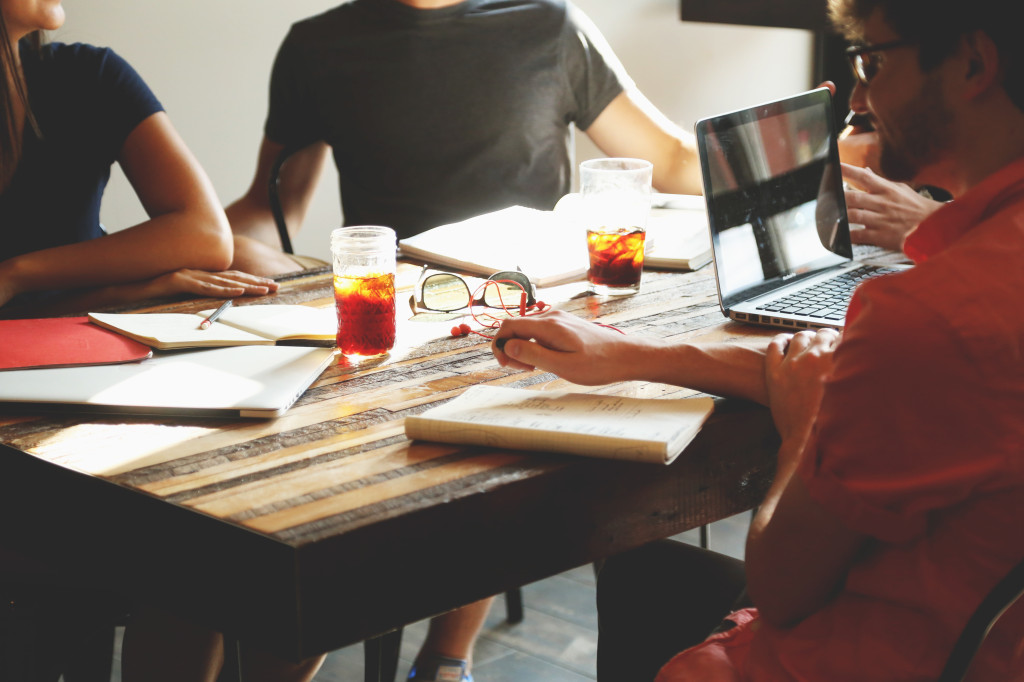 Marketers are the chasers of shiny things. In this field, flexibility can be a more desired trait than being a good planner. Why? Because it’s generally accepted that we work in a chaotic environment. Therefore constant triage is more of the day-to-day experience than dilligent execution of a strategic plan. This is not ideal.

Here’s four examples of how non-marketers plan and excel, and what we can learn from them. 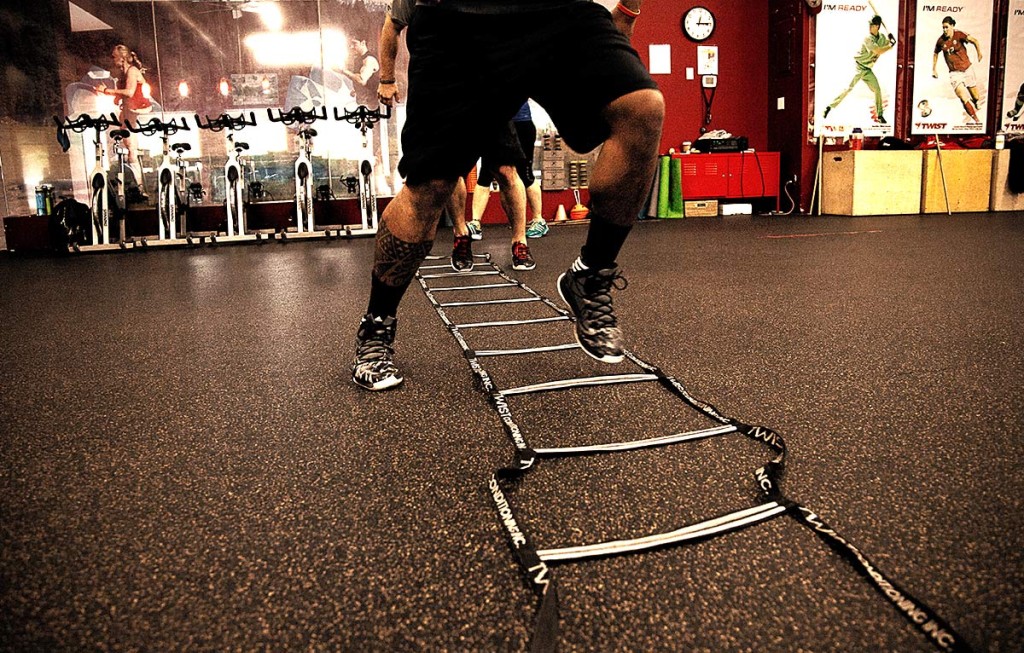 Well, athletes who are on a strict training regimen often times pre-plan their meals for the week. Why? Because it improves the probability that they will actual eat the healthy things that they intend to.

Bagel or oatmeal? Grilled salmon or grilled chicken? When you have to make these types of dietary decisions multiple times a day, all day long, you end up exhausting your willpower. Planning meals in advance, however can make it easier and less stressful to eat healthy. [Source]

Quick note, these same athletes probably lay out their morning jogging clothes the night before, so when they wake in the dead of morning, they don’t need to decide what to wear (or find it), they can just get running. 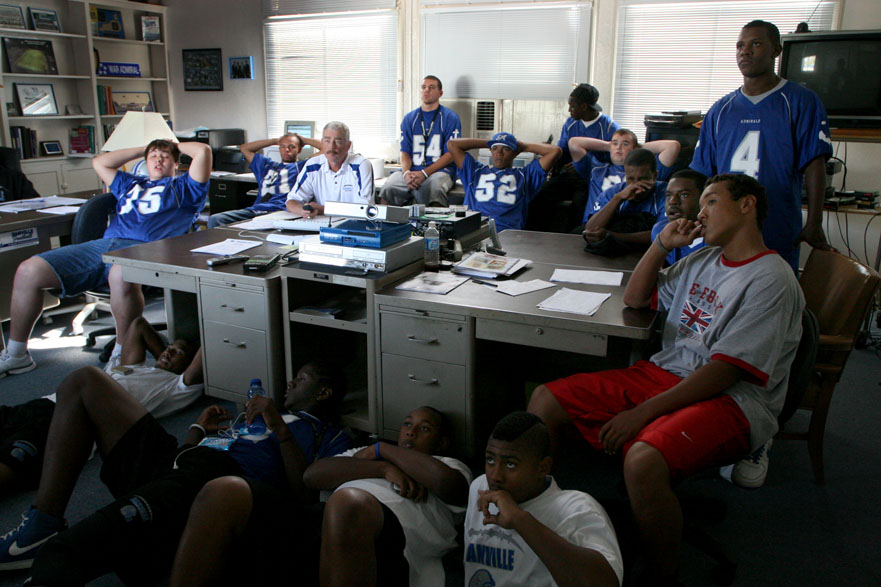 Everyone in the NFL watches game film in preparation for the game the coming week. Every player starts the week after a game by breaking down the previous game as a unit or in positional meetings. Peyton Manning is known to immerse himself studying game films.

According to Football Basics: Gameplanning and Scripting:

“Teams watch film of their opponents, usually the most recent three games played by their opponent, as well as your game vs. that team from last year (if applicable). They do this for two reasons: First to learn the personnel of the opponent (strengths/weaknesses). Secondly to learn the opponent’s schemes in order to determine how they feel they can attack said opponent. As they study the film, looking for tendencies and tells, they also begin to form their plan. They ask questions like:

These questions and other similar questions help formulate the plan, providing a framework to build upon.”

And there it is, each team goes into a game with a plan they believe will lead them to victory. Hundreds of decisions about the game have been made in advance. Some coaches have been known to script as many as 77% of the plays that will be called in a particular game.

“It’s easier to think clearly, and make good decisions on Wednesday or Thursday night, than it is on Sundays in the heat of a game.” – NFL Hall of Fame coach Bill Walsh 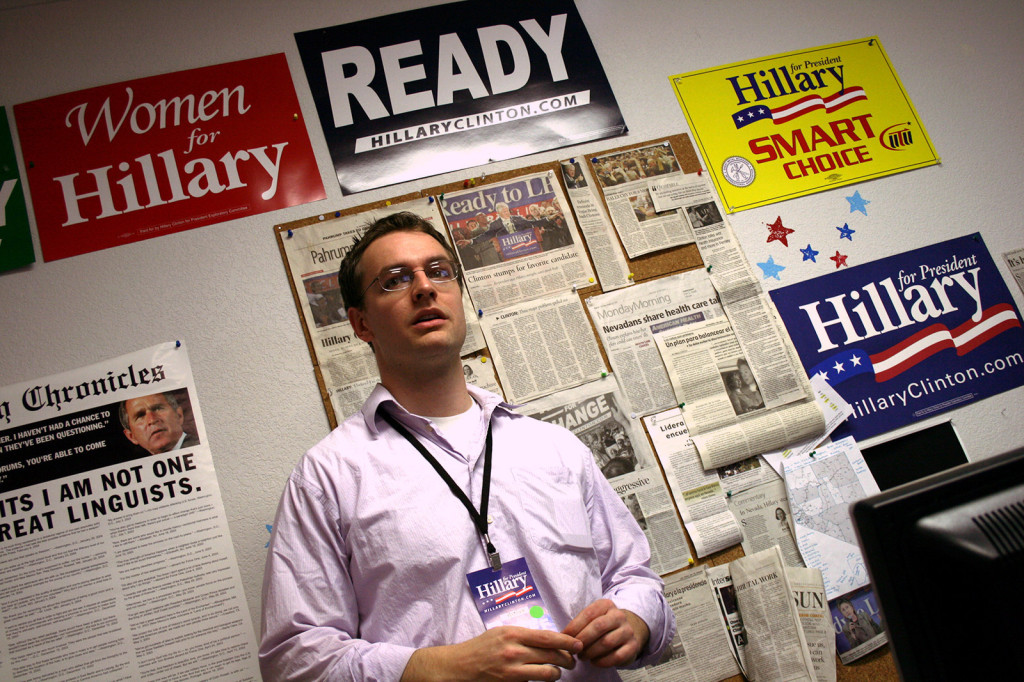 Ever hear of Robby Mook? He was Hilary Clinton’s state campaign director for Nevada, Indiana, and Ohio. Clinton won the popular vote in all three states.

Here’s what Robby knew in 2008. To beat Barack Obama in Nevada, the Clinton campaign would need to enlist exactly 2,475 volunteers, train 1,744 precinct captains, and generate 24,751 caucus-goers. And to meet those goals, the team would have to meet their smaller daily goals. Those daily goals broke down into a series of tactics volunteers would have to execute and report on.

The man wrote a playbook and required everyone to defer to it. He had the vision, he scripted the moves and then executed. Yes of course Hilary didn’t win the general election, but she won in the states where she worked with Mook.

Mission brief. These aren’t Seals, but finding images of a Navy Seal mission briefing was tough.

SEALs are incredibly well-trained and when they are not on actual combat deployments, they are spending the vast majority of their time training for a number of different types of missions. Many people would be surprised to hear to that in some cases 80 percent of their time is spent training and planning and only 20 percent is spent on execution.

When Seals are preparing for a mission, say a house raid to rescue someone who’s been kidnapped, they look at the scenario from every possible angle:

John Miller, who has worked for the FBI and the Office of the Director of National Intelligence, says they go as far as building a mock-up of this building and then practicing the raid in real time in darkness.

Former Seal Team 6 member, Don Mann, says “all contingencies, or ‘what ifs,’ are discussed and briefed. These might include what to do if you lose a boat on the night water jump insertion, or what do if you lose a helicopter. They have to know how many casualties they can take and still complete the mission, and what will happen if, during parachute jump, the SEALs land too far from target. They also have to understand what they’re going to do if SEALs are compromised (caught) before the mission takes place.”

In contrast, marketers typically spend most of their time executing and little of their time training and planning. Imagine if Navy Seals did that? No planning, just drop in and hope for the best. Or better yet, drop in, then get distracted by some other shiny thing in the other direction and go after that instead. 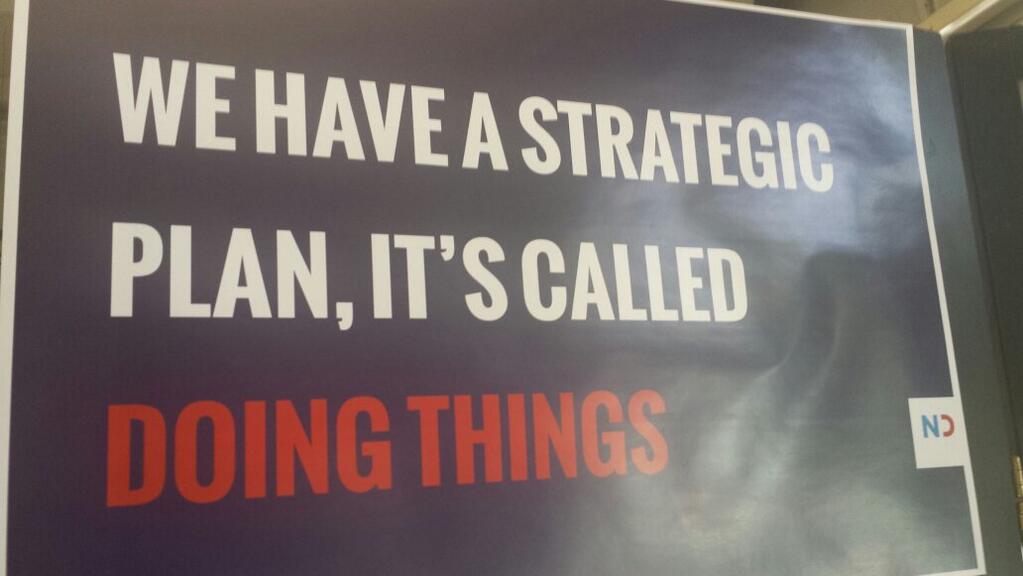 Now that you have a plan it won’t be long before there’s a shiny object that you, or your team mate, or your boss or your client wants you to pursue instead. This is not a dig at any of them, it’s just how things go, I dare say it’s normal.

Luckily Bridget Randolph (a consultant from the agency Distilled) has you covered. She has devised a set of questions to protect your plan, and evaluate the value of those shiny objects.

Here’s the how it goes, ask the following three questions about any idea that gets in the way of your plan.

Does this new idea:

Planning reduces stress because it pre-makes decisions for you. And making decisions causes stress. Continually making decisions all day, every day is not only tiring, but is also a prime opportunity for inconsistency to sneak in.

Marketers are constantly strapped with high expectations for results, but yet they plan very little and somehow expect success.

The common thread with a lot the examples given in this post revolve around having discipline. The discipline to make the decision to plan, then to allocate the time to actually do it and then, of course, the discipline to stick to the plan.

This discipline is rare in marketers, and that is precisely why it’s an opportunity.