12 Lessons Learned in My First Years at an Agency 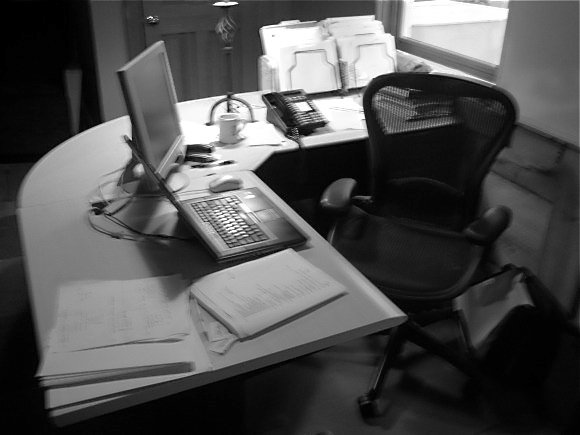 I spent my first couple years after college working as an ad agency account executive. It was busy, crazy, awesome, stressful, and (in between the madness) fun. I learned some things. These are those things:

While it is a severely undervalued skill, clear communication is the answer to most challenges, regardless of industry. At an ad agency this is especially relevant. Whether it be pitching new logo concepts to clients or explaining the client’s feedback to the rest of the team, being able to communicate clearly and concisely trumps most other skills and saves everyone a ton of time.

This was a bit of an inside joke at my last gig, but it’s a good lesson. Let people know where you are at. Ad agencies have famously flexible work environments, in hope of preserving a certain type of creative culture. However, this only works if everyone stays in communication with each other, whether that means letting the team know when you’ll be working from home, or that you just found out a deadline was moved, or that you’re 90% finished with design edits and the dev team needs to be ready to incorporate the changes and throw the switch. No one wants to try to hand off the baton and find their team mate isn’t there to receive it.

You learn quickly that ad agencies thrive on revisions cycles, and therefore thrive on understanding client feedback on projects. Sometimes you present a design to a client and they simply say “I don’t like it.” And that’s fine. There are things we don’t like. However “I don’t like it” is not actionable feedback. There’s a rationale as to why the client doesn’t like a design, maybe they don’t like the color green, or they had a bad experience with a Bauhaus font once, whatever. The point is you have to dig to understand why it is the client is unhappy, and once you uncover that they detest the color green and don’t like sans-serif fonts, you’ll be that much more successful in the next round.

4. Creative Briefs Are a Necessary Evil

There are a lot of project management tools I could do without, but creative briefs aren’t one of them. Yes, it’s a pain to write a creative brief for every project. No one wants to slow down the momentum and formally record project goals, target audience, main message, blah, blah, blah. But creative briefs are not only a great way to organize projects, they are the ultimate slayer of scope creep. Briefs don’t become really useful until halfway through a project when the client (albeit innocently) makes a dramatic left turn as to what they were expecting, or when, or likely, both. Have no fear, show them the creative brief and stay on track.

The creative brief should be referenced at every step of a project and should ultimately be used as a barometer of success once the project is finalized to determine if the goals set initially were actually met.

5. Am I Making This Better? Or Just Different?

This is a question that should be asked throughout any revision process. It’s easy to get caught in pointless revisions cycles (word-smithing copy, tweaking a half inch of logo placement, and other appeasement revisions). While many ad agencies are happy to let clients word-smith until they’re blue in the face (as long as they pay for each revision), this generally doesn’t end with a superior result. So ask yourself (and the client) during revisions, are we making this better? Or just different? Are we moving toward a highly superior end product, or are we just spinning our wheels?

6. Throwing Hours at a Problem

I’m sure at some point it was a badge of honor to work 60-hour weeks for months on end. That made you a “hard worker.” But we should know better than that by now. Sure, if you make widgets and gauge the success of your day by how many widgets you cranked out, then yes, more hours = more productivity. But that’s not how creative professionals work, that’s not what we get paid for. We get paid for our ideas, our strategy, our designs, and our guidance. No agency gets hired because the client hears they’re known for working really long hours.

While sometimes it seems the best thing to do is stay late to get a project done, it’s likely your brain is fried and you’re no longer making thoughtful decisions or having creative ideas at this point. So go home, get some sleep and tackle the problem fresh the next day. When people have to squeeze work into the margins of their lives, eventually they’ll produce marginal work. At the end of the day, the best ideas win accounts, no one cares how many hours it took to come up with them.

If you’re a project manager or an account executive, this is your job. The old “under-promise and over-deliver” is a rule to live by here, on both the client side and the internal team side. Things will go wrong, so plan for it and prime your team for it.

9. Pick Up the Phone

Don’t get me wrong, email is great. So are Twitter and Facebook. But when it comes to forging relationships with clients and vendors, the phone works wonders (obviously in-person communication is best, but this is not always an option). I think this hit me on my last day at my former agency. My phone rang off the hook with clients and vendors calling to wish me well. Based on the relationships we had established (via phone) they felt the best way to deliver thoughtful messages was to call me. To them this was more personal and therefore more meaningful. I of course got lots of “good lucks” and “congrats” on Twitter from people who I supposedly “know” but who would never have my phone number because, of course, they aren’t really my friends. It may make many of the millennials out there uncomfortable (as we prefer more passive communication mediums), but trust me, pick up the phone (or at least Skype).

10. Doing Good Work: The Long Game and The Short Game

The creatives who work at agencies live to do good work. Every project, every account, starts off with this intention. However, somewhere in the process the “good work” gets railroaded by a never-ending stream of feedback based on something the client’s college roommate’s brother’s postman said about the color green used in the latest logo comp. But wait, why is the client seeking logo design feedback from someone else’s postman? Why indeed. (To clarify, it is not better to seek feedback from the client’s own postman.)

At this point there’s a fork in the road. You can cater to the client’s feedback (they are paying the bills) and make the relentless/pointless design tweaks, or you can plant your feet and fight for what you know is good work.

The short game here is to just cater to your client, throw out the market research and realize you’re not designing for the target audience, you’re designing for the client. This is a short game because although it might be the path of least resistance to getting work approved, once the rubber hits the road the creative will be off target and possibly irrelevant.

The long game here is the path of true creatives. It’s to educate the client on best practices and the competitive landscape. It’s to disagree. It’s to push harder. It’s to fall back on the years of marketing experience you have (because this is actually what the client is paying for), and to strive for good work.

11. An ad that says everything, says nothing.

Ever come across a web page or an ad with more than five bullet points? How about ten? What happened during the creative copywriting process that left the consumer with so much reading to do?  Who thought it was a good idea to include so much information? It’s kitchen sink marketing (throw everything in there). It’s paranoid marketing (what if we forget something?). It’s CYA marketing (we’ll throw that in there, just in case). And it’s ruining your ads/webpages/sales collateral / presentations, etc.

The culprit here is likely a discussion focused around “what if?” where paranoid marketers fear they’ll leave something out, or not explain something fully. But if this is the thought process then you’ve already failed, because your marketing is focused around “what ifs” instead of benefits. Or in some cases, the marketer is not confident enough about the product benefits to let them stand on their own (which is a whole other issue).

Some of this stems from being paranoid that the client is going to review the copy and then call you out for missing something. But the fear of being called out will never be the driver for good creative. So, stand up for your work, trust that you know your stuff, and write powerful copy.

As Lee Clow says “Most ads barely communicate one message well. Let’s not push our luck with two.”

The word “culture” gets thrown around a lot at agencies. Many outsiders mistake our discussions of ad agency culture to revolve around office pinball machines, Nerf gun battles, and wearing flip flops to work, but that’s a misnomer. These things are byproducts of the agency’s culture. In fact, the culture is the intangible element. It’s the understanding that while we may dress like homeless surf bums, we take our work very, very seriously. It’s the energy that flows through the conference room during brainstorming sessions and that wins accounts during client pitches. It’s the “make it happen” attitude that the team shares, even though in the moment the task may seem impossible, we know we’ll find a way to get it done. And it’s the safe place for ideas, for everyone.  So while an agency may, at times, seem like a frat house, it is a place where brilliant people do amazing work, thanks in part, to the culture that fosters it.

[Disclaimer — I originally wrote this in 2010 after leaving my first agency job.]